Welcome to my stamp blog 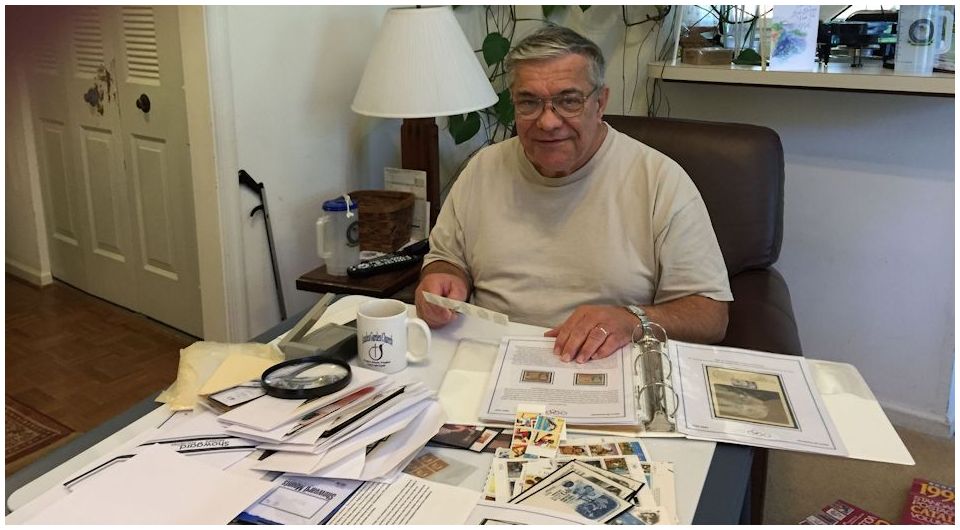 Finished mounting three more pages in my Space Stamp Collection last night. These are the first three pages for the Apollo-Soyuz Space mission. 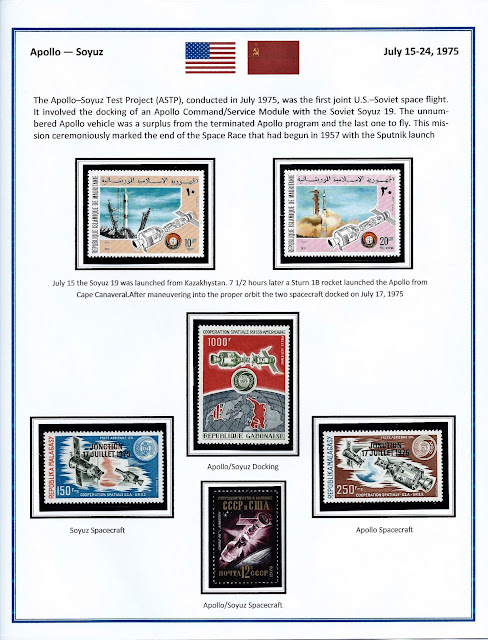 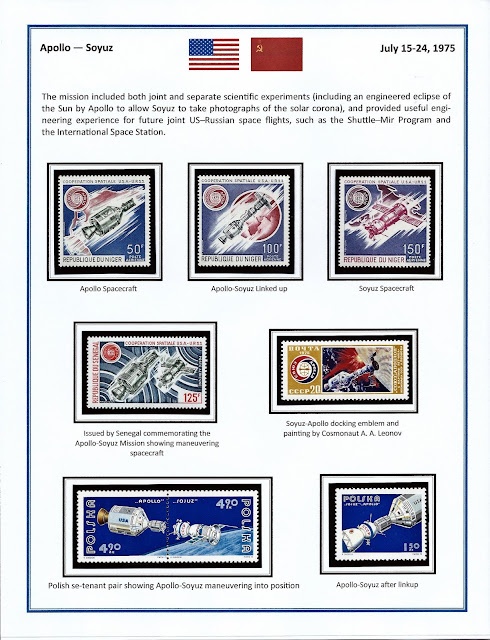 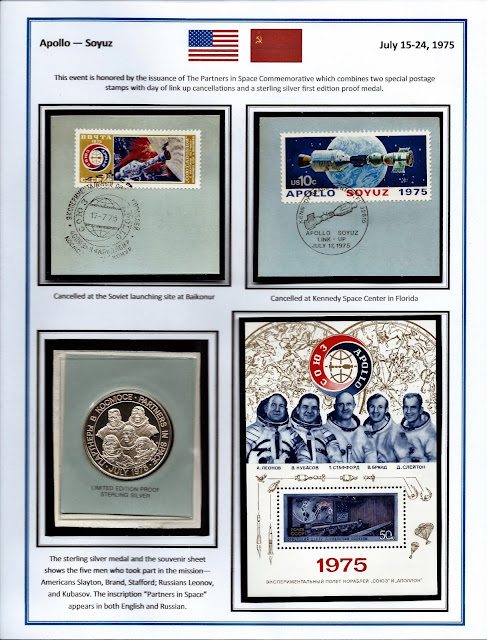 Posted by John and Yvonne Wagner at 9:44 AM No comments:

Now here is where the big change comes. I decided to separate the stamps in each Olympic Year according to the sports depicted on the stamps. So instead of keeping a country "set" of Olympic stamps together, I will break them out into specific sports during that Olympic year.

Then I add a little bit of background of each sport at the top of the page for context and interest. If I have stamps depicting a specific athlete then I create a separate page for him or her within the sport and add some biographical information for interest.

I'm beginning to enjoy the look much better. 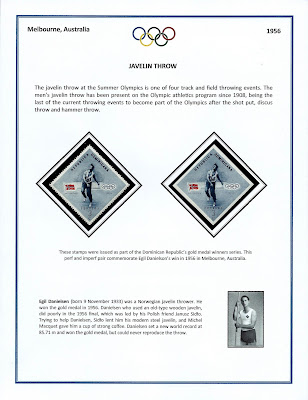 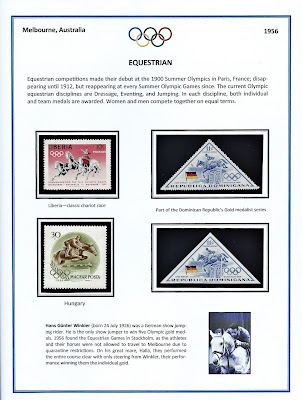 Posted by John and Yvonne Wagner at 10:31 AM No comments:

I just got my new latest stamp acquisition in the mail today! This sheet is so awesome! If you hold it in the light just right the stamps, which are holograms, show up in three-D! This is a really cool sheet. The title of my space collection is "From Kitty Hawk to the International Space Station".  So this stamp sheet is the first stamp in that section and puts the period at the end of my collection. Not the end of my collecting space stamps, but now I have stamps commemorating Kitty Hawk and the International Space Station. 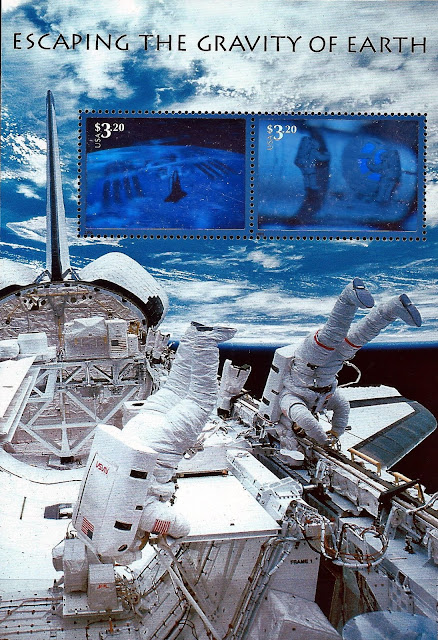 Posted by John and Yvonne Wagner at 7:39 PM No comments:

On February 20, 1962 John Glenn became the first American to orbit the earth. His spacecraft was named Friendship 7. Glenn made three orbits of the earth and was in space for four hours and fifty-six minutes. 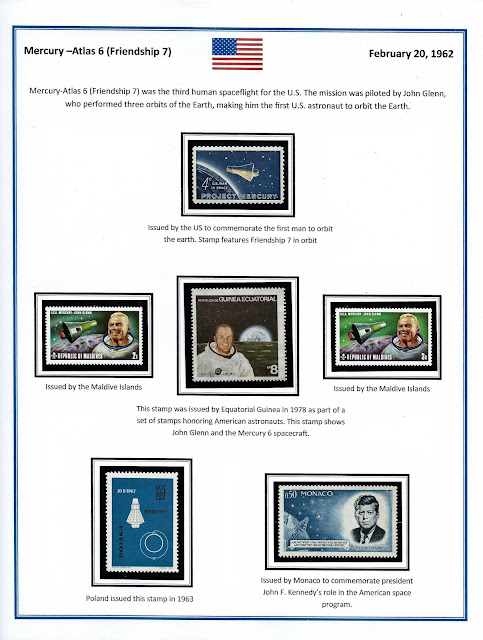 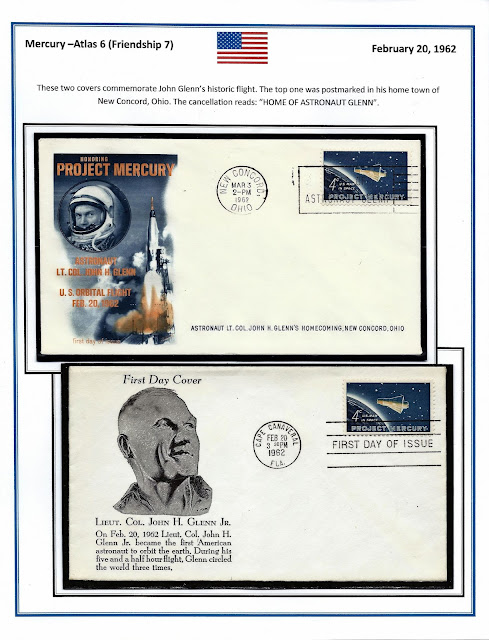 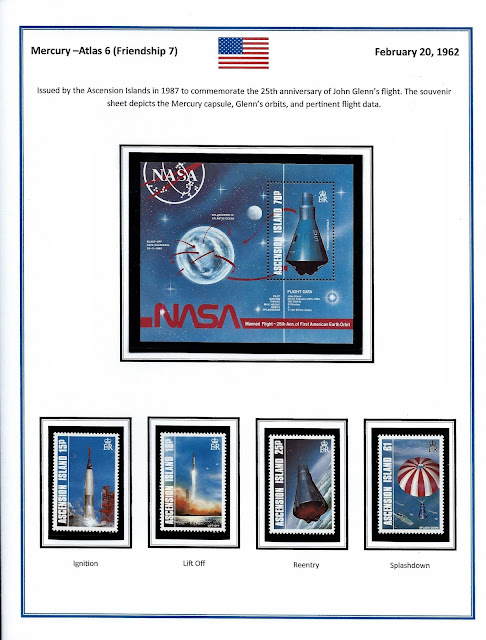 Posted by John and Yvonne Wagner at 6:35 PM No comments:

In 1965 Jordan issued a set of stamps to honor the Gemini Astronauts. The three flights were Gemini 6, 7, and 8. 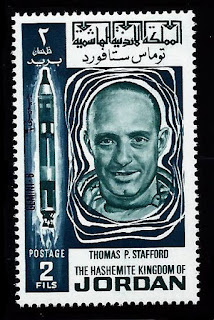 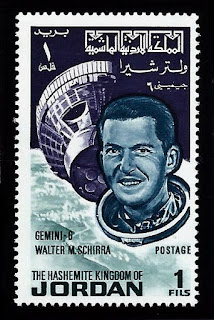 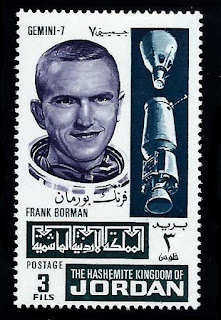 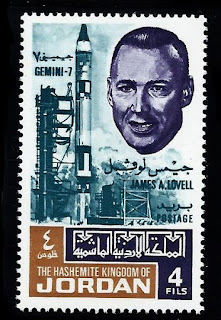 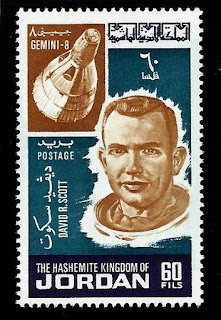 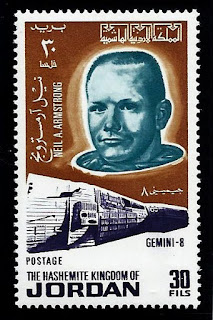 I really like these! A nice looking set of stamps!
Posted by John and Yvonne Wagner at 7:13 PM No comments:

Tonight I decided it was time to wave our flag a little bit. So I made the page and mounted my stamps for the Gemini 4 flight on June 3, 1965. The highlight of which was the first American space walk by Edward H. White. 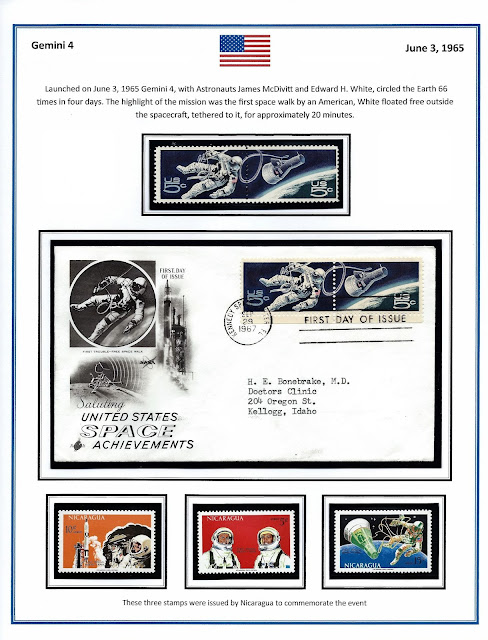 Posted by John and Yvonne Wagner at 6:30 PM No comments:

And now, here is  Vostok 3 & 4...the Soviet Union's first attempt at a rendezvous of two spacecraft in orbit. 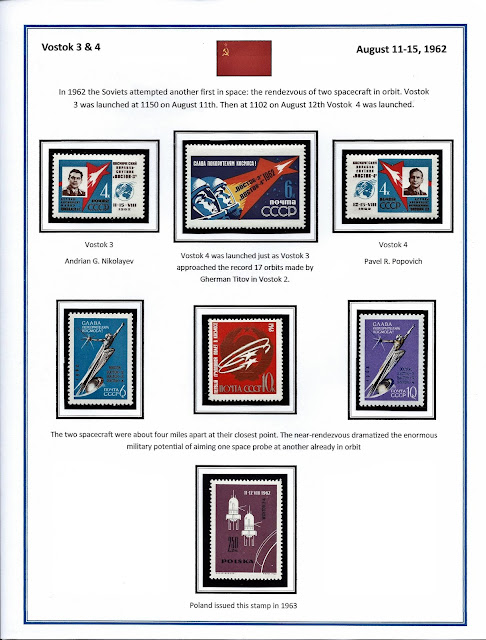 Posted by John and Yvonne Wagner at 12:15 PM No comments: 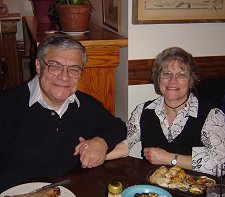 John and Yvonne Wagner
Yvonne and I live in Virginia Beach, Virginia. I am a retired Navy chaplain and an Ordained Bishop in the Church of God. The Lighthouse Military Ministry is a connecting point fellowship of Freedom Outreach International Ministry to the Military. Yvonne and I minister to young military men and women in our home, providing a safe, comfortable, home and family environment for servicemen and women for a few hours each week while they are away from their own families. The purpose of our blog is to share the ongoing story of our 'extended family' as a way for the servicemen and women who have become part of our extended family to keep up with what's going on "here at home". I post pictures and stories of our weekend activities, devotional thoughts, prayer requests, and answers to prayer. And for those interested in ministering to the military in other parts of the country I post articles, ideas, and suggestions in our 'Catch the Vision... of Our Ministry to the Military' section. I hope you'll come back often and even follow us. For more information click on our picture and visit our web site.